As green groups pressure the natural gas industry to clean up its act, an alternative to the fossil fuel is emerging in some unlikely places: pig farms and sewers. 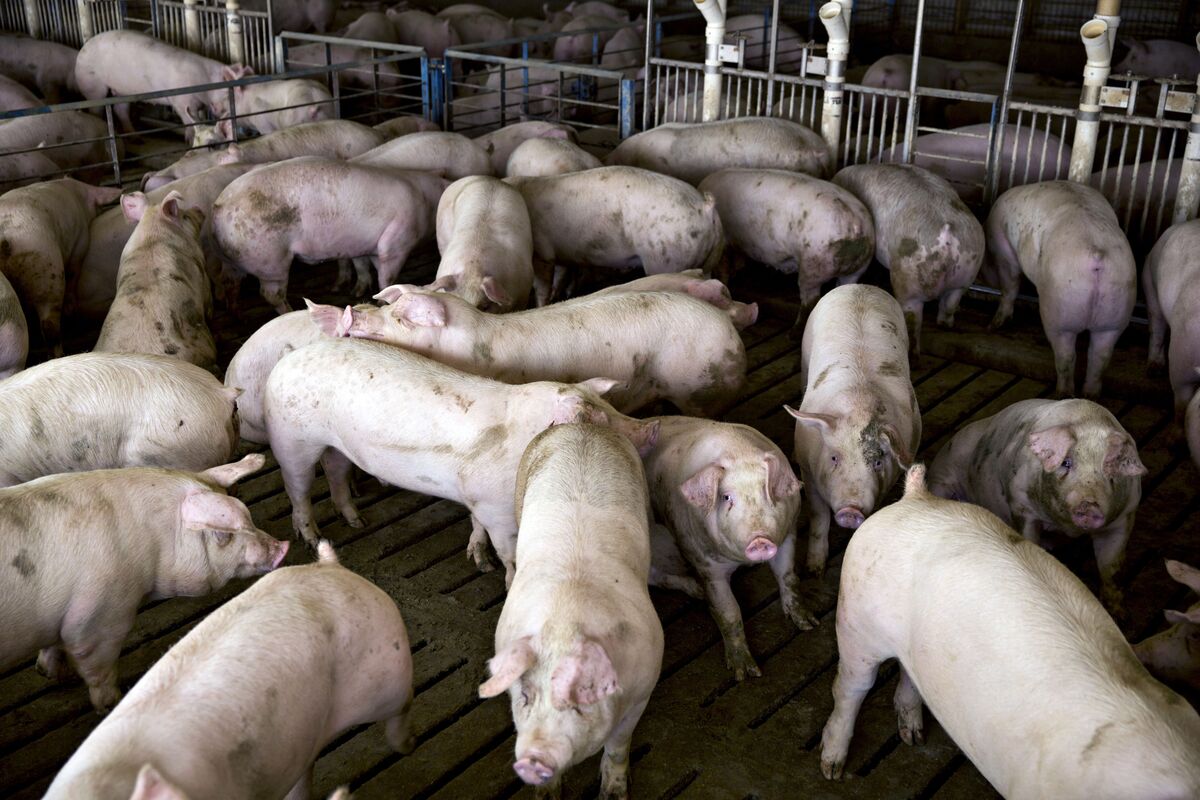 As green groups pressure the natural gas industry to clean up its act, an alternative to the fossil fuel is emerging in some unlikely places: pig farms and sewers.
Photographer: Daniel Acker/Bloomberg

Duke Energy Corp., one of the largest U.S. utilities, began generating power in March for its North Carolina customers using “renewable” natural gas created by capturing methane from the waste produced by 62,000 hogs.National Grid Plc, meanwhile, is set to open a plant that will process gas from wastewater to serve New York customers. Overall in 2018, 26 renewable natural gas plants will open in the U.S., bringing the total to 92.

Though RNG now represents just a tiny portion of U.S. gas output, it’s gaining traction given the easy availability of its source material and its promise to cut how much methane — a greenhouse gas more potent than carbon dioxide — slips into the air from pigs, cows and chickens, labeled the “big three” of manure production by the environmental nonprofit Energy Vision.

An added benefit: Farmers could get new revenue, according to Patrick Serfass, executive director of the American Biogas Council. “Every day a dairy cow creates 150 pounds of manure”, Serfass said in a telephone interview.

Methane goes into the air from a variety of sources — burping cows, for instance, landfills and even fermentation in rice fields. It’s been identified by the United Nations as a major contributor to climate change. The oil and gas industry, also a major emitter of the greenhouse gas, has come under fire from investors and environmentalists who are pushing drillers including Exxon Mobil Corp. to address leaks from production sites, processing plants and pipelines.

The gas industry has long been “operating as a traditional commodity business and didn’t really have to respond to anyone”, said Matthew Tomich, president of Energy Vision in New York. “That has certainly changed in the last 18 to 24 months. Without renewable gas, it’s hard to justify it as a low-carbon option’”. 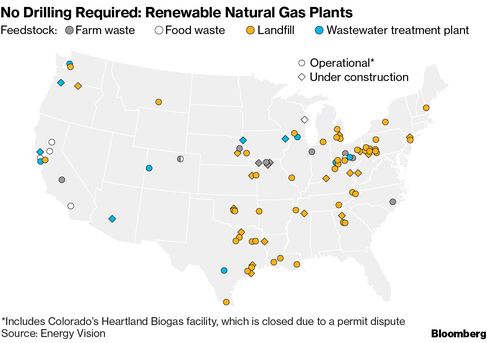 In March, Duke Energy’s Smith Energy complex in North Carolina began using gas sourced from hog farms to produce power. The facility will bring Duke closer to meeting a state mandate that requires the utility to rely on pig waste for 0.2 percent of its retail electric sales by 2023 — a challenge, given that RNG sources have been difficult to find, according to spokesman Randy Wheeless.

Humans are also contributing to pipeline gas. Next year, National Grid plans to open a demonstration plant that will process gas from wastewater and food waste in Brooklyn to meet the annual demand from about 2,500 homes. Ultimately, National Grid sees the potential for RNG to meet a quarter of the gas consumption, excluding power generation, in three states served by the utility: New York, Massachusetts and Rhode Island.

As scrutiny of methane leaks from oil and gas drilling grows, RNG could provide a compelling alternative. An estimated 2.3 percent of the gas pumped from American fields is lost to leakage from well sites, processing plants and compressor stations, according to an Environmental Defense Fund report last month. Though carbon dioxide is the top contributor to global warming, methane — which makes up the bulk of the natural gas stream — is 80 times more potent over a 20-year period, EDF said.

But RNG has a long way to go before it begins to grab market share from natural gas. Nationwide, estimates for potential RNG reserves range from 932 billion cubic feet a year to as high as 9.23 trillion, according to a white paperlast year by consultant ICF International Inc. That compares with about 341 trillion cubic feet of proved gas reserves in 2016, the most recent year for data from the U.S. Energy Information Administration.

To help fuel Duke’s power plant in North Carolina, three farms with 62,000 pigs have been connected to gas pipelines to produce less than one-tenth of a billion cubic feet of RNG a year, according to Mark Maloney, chief executive officer of OptimaBio LLC, a swine-to-energy project developer. By contrast, a new shale well in Appalachia — home to the Marcellus shale, America’s most prolific gas play — yields almost 16 million cubic feet in a single day.

RNG is making a bigger impact in the transportation sector, where it can earn credits under the federal renewable fuel standard, a program designed to reduce the use of petroleum-based fuels like gasoline and diesel. There’s an added bonus for making the switch in California through its carbon-cutting program.

“If you are worried about fossil fuels and fracking and all that — we don’t have that with renewable natural gas”, Littlefair said. Clean Energy Fuels has a network of natural gas and RNG fueling stations across the U.S.

RNG already makes up almost a third of the gas Clean Energy supplies, and the company aims to reach 100 percent eventually, he said. Clean Energy is offering RNG for $1 a gallon for a year in California, less than a third of the cost of diesel in the state.

“The biggest obstacle today is that people think electric is the answer” to lowering vehicle emissions, Littlefair said. “They didn’t realize that renewable natural gas was as powerful and it was so low on carbon”.